Bureau and Workshop on 1 July 2016 in Luxembourg 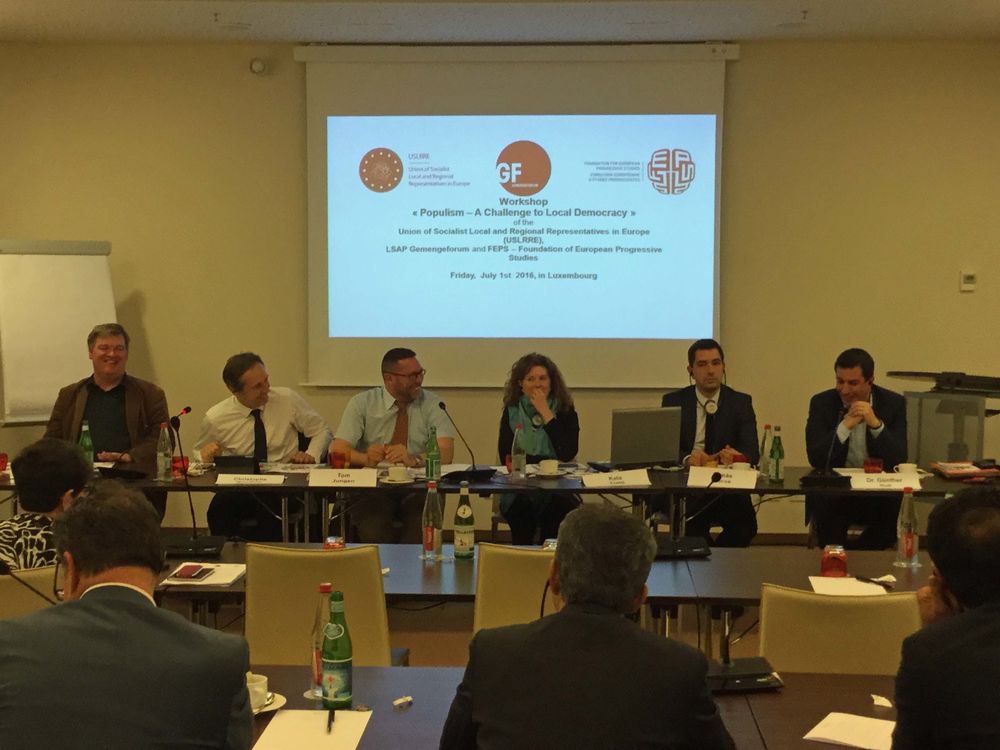 At this meeting a Workshop of USLRRE, LSAP and FEPS took place on « Populism – A Challenge to Local Democracy» The USLRRE Bureau discussed on on the Challenges of migration the Developments in local politics in Turkey.

At the USLRRE Bureau meeting, held on 1st of July 2016 in Luxembourg, the Bureau discussed on the Challenges of migration in the EU for local authorities. Firat ANLI, Co-Mayor of Diyarbakir, reported on the Developments in local politics in Turkey and the situation in Diyarbakir.

Tamás BOROS, Co-Director and Head of Strategy of the political research and consultancy institute Policy Solutions, member of the Scientific Council of the Foundation for European Progressive Studies (FEPS)

Kata TÜTTŐ, Vice President of the USLRRE, Councillor for the XIIth district of Budapest, Member of the party executive of the Hungarian Socialist Party (MSZP), Member of the Committee of the Regions

Dr. Günther SIDL, Director of the Volkshochschule Urania in Vienna, Member of the Regional Parliament of Niederösterreich, Councillor (Petzenkirchen)

Dr. Siebo M.H. JANSSEN, Lecturer, Institute of History of the University of Cologne

Moderation: Tom JUNGEN, Vice President of the USLRRE, Mayor of the Municipality of Roeser, Chairman of the Forum of Socialist Local Representatives of Luxembourg

Report on Workshop « Populism – A Challenge to Local Democracy»