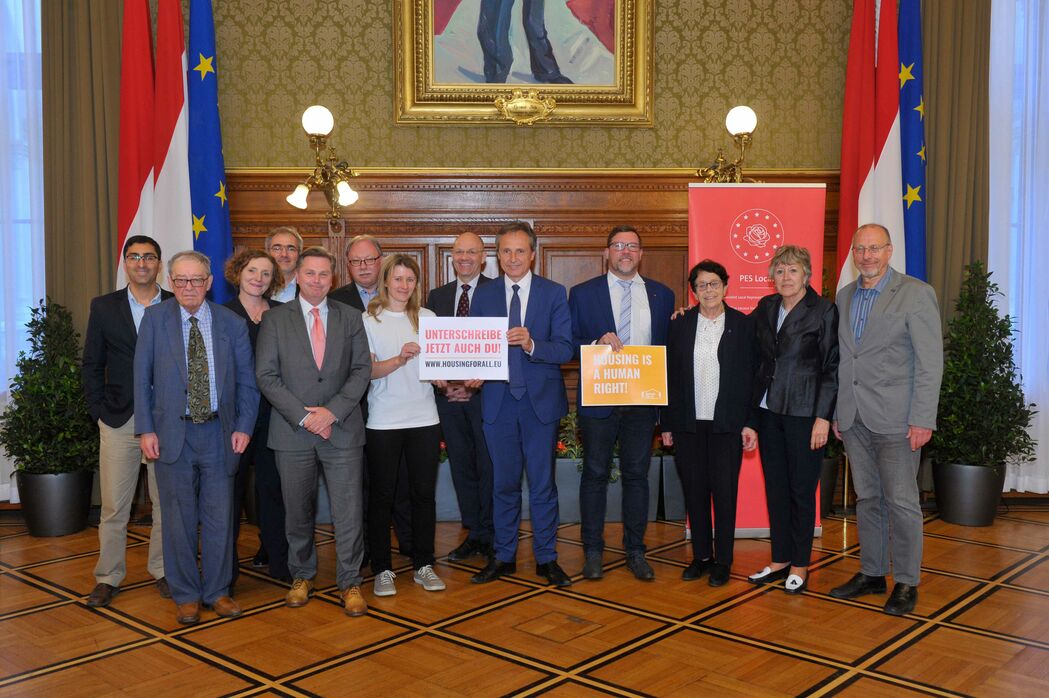 On 25 April 2019 PES Local adopted its manifesto for the European elections 2019 as well as resolutions on "Affordable Housing" and the political situation in Turkey after the local elections in March.

On 25 April 2019 PES Local | Socialist Local Representatives in Europe adopted its manifesto for the European elections 2019. The Manifesto with the title «We are all Europe: For a free and fair Europe in solidarity with strong local authorities» includes the common positions in key areas of local government and the political priorities upon which socialist local representatives in Europe will especially focus in the coming years and refers to the Manifesto of the PES. With its Manifesto, PES Local wishes to make a contribution to our common campaign.

PES Local Manifesto «We are all Europe: For a free and fair Europe in solidarity with strong local authorities» - DOWNLOAD: ENGLISH, FRENCH, GERMAN

Furthermore PES Local also adopted the
resolution «Housing in Europe has to become affordable for all again. For more investment and a clear commitment to affordable housing for all in Europe»
- DOWNLOAD: ENGLISH, FRENCH, GERMAN

and the resolution «After local elections in Turkey the will of the electorate must be respected!» - DOWNLOAD: ENGLISH, FRENCH, GERMAN